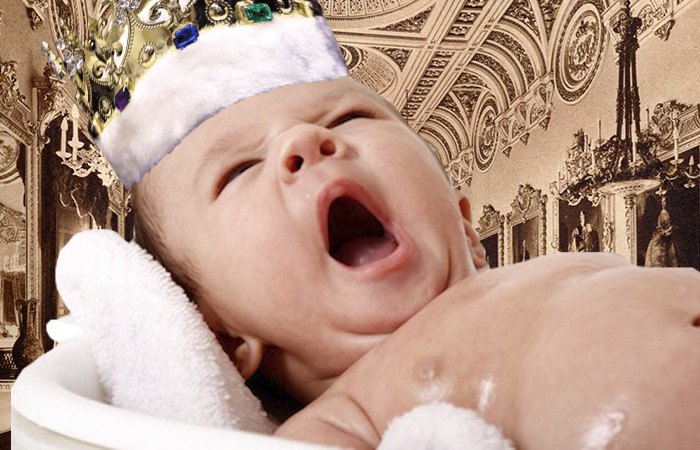 The Duchess of Cambridge has this morning given birth to her third child, a healthy baby boy.

The yet to be named newborn, likely to be called something shit like Edward or Frederick, has reportedly made clear indications that he is already sick of tech house.

“He’s only about 4 hours old but it’s already quite clear that the little fella has had his fill of tech house,” claimed Wunderground’s royal correspondent, Jemima Cuntingstone.

“Prince William regularly played the royal fetus Solardo mixes during the pregnancy,” continued Cuntingstone. “And now that he’s out of the womb he’s looking to broaden his musical horizons.”

According to doctors at St. Mary’s Hospital, London, the baby made a number of distinct gurgles, which categorically proved that he believes tech house to be shit, shortly after his birth.

“I think it’s fair to say that you won’t be hearing any tech house coming from this little fellas nursery anytime soon,” claimed Dr Alban.

“He was born shortly after 11 am and weighed in at 8lbs 7oz, which, coincidentally, is exactly how much cocaine an average tech house DJ sniffs during one of their sets.”

While it is not yet clear which genre of music the royal baby will like best, one thing that is certain is he will become a DJ at some point in his life, just like everyone else.